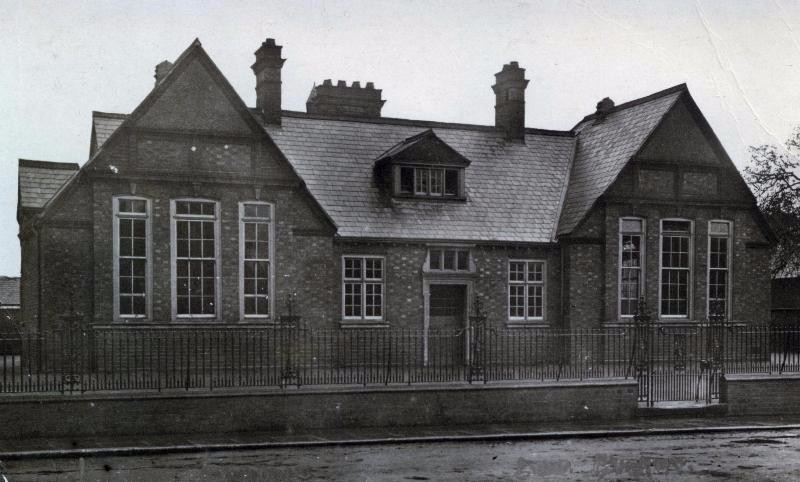 Long Buckby Infant School dates back to 1894, when the school had only three classrooms and the toilets were positioned outside.  This building was extended in 1974 with the addition of two more classrooms, offices, a staff room and a large hall.  A larger playground with a small field and a car park were also provided. In 1999 a new classroom was added along with a downstairs stockroom and a small library.

The Infant School  began life in September 1874. It was housed in a former working men’s hall in Church Street where the Mews  houses are today. The school opened with one certificated teacher, Jane Boden, and two pupil teachers who between them had 54 children to teach.

Twelve years later, after two further principal teachers had come and gone, a 21-year-old woman named Fanny Relton  arrived to take over. A native of County Durham, she was to stay for 38 years. During this time she oversaw the move of the school  to purpose-built High Street premises in 1893, experienced several serious epidemics among her pupils and had to cope with the shortages and bereavements of the First World War. She also strengthened her commitment to the village by marrying Frank Palmer, the proprietor of a bakery in King Street, and Chairman of the Governors!

Another long-time head was a local woman, Maud Shatford, who took over in the 1930s shortly before the business which was the main employer in the village closed. This was Cook’s Shoe factory in Station Road. The closure caused many families to leave Long Buckby and was a time of considerable hardship for those who stayed. However the loss of pupils was more than matched by the arrival of evacuees at the start of the Second World War. For a short time the school had to operate on a shift system but an added difficulty was the tendency of children to be moved to and from London at short notice.

In the early 1960s Miss Shatford retired to be followed by another village girl and former pupil at the school, Kathleen Cooke. By the time she retired in 1971 the school was feeling the pressure of a rapid growth in the Buckby population with the building of The Pytchley Drive and Lakeside estates. As a result the education authority carried out a major remodelling which included extra classrooms, a main hall and inside toilets!

The expansion of the village continued with the building of the Spencer estate, Ashmore and the Poplars, but pressure on the school was partly relieved by a national fall in the birthrate.  Most of this period of growth was overseen by the new head Margaret Mabbutt who in turn was replaced by another local girl, Lois Johnston. By a strange coincidence she took over as head exactly 100 years after the arrival of Fanny Relton to whom she was related.

Towards the end of the 20th century large scale house building in Buckby stopped and the birthrate remained low. Mrs Mitchell joined the school as headteacher and saw many changes during her time at the school.  However since the Millennium birth rates have risen nationally and numbers in the school have begun to stabilise. Since Sarah Dugdale arrived as headteacher in 2009, it has been possible to put the emphasis less on numbers of places and more on improving the existing  appearance of the school.  As a result, the classrooms and general environment are now excellent and a far cry from the school of 1874!

We use necessary cookies to make our site work. We'd also like to set optional analytics cookies to help us improve it. We won't set optional cookies unless you enable them. Using this tool will set a cookie on your device to remember your preferences.

Necessary cookies enable core functionality such as security, network management, and accessibility. You may disable these by changing your browser settings, but this may affect how the website functions.